On April 8th 2013, a giant of the last political era, the Right Honourable Margaret Hilda Thatcher, Baroness Thatcher passed away.

Gino’s work is in the collection of the late Mrs. Thatcher. The former British prime minister came to Hamilton on Sept. 19, 1992 to speak at a fundraiser for the Firestone Regional Chest and Allergy Unit at St. Joseph’s Hospital. It was during that event, one of Gino’s art works was presented to the Baroness by Mr. Firestone. 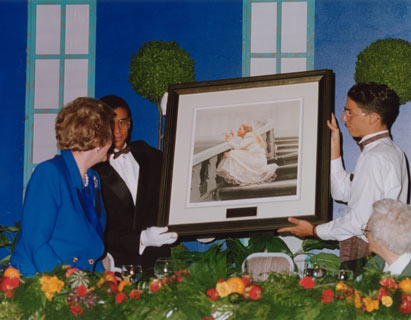