“We ask for everlasting peace between all nations of this world. Help us maintain harmony. Let us inspire with our virtues, unique beliefs, strengths and accomplishments. May our differences be a source of nourishments and attractions. Let purity prevail in our hearts forever. With this wampum, we reaffirm our pledge to stand firm on the path of peace. Let us remain true to our promise of tranquility and goodwill to all”. 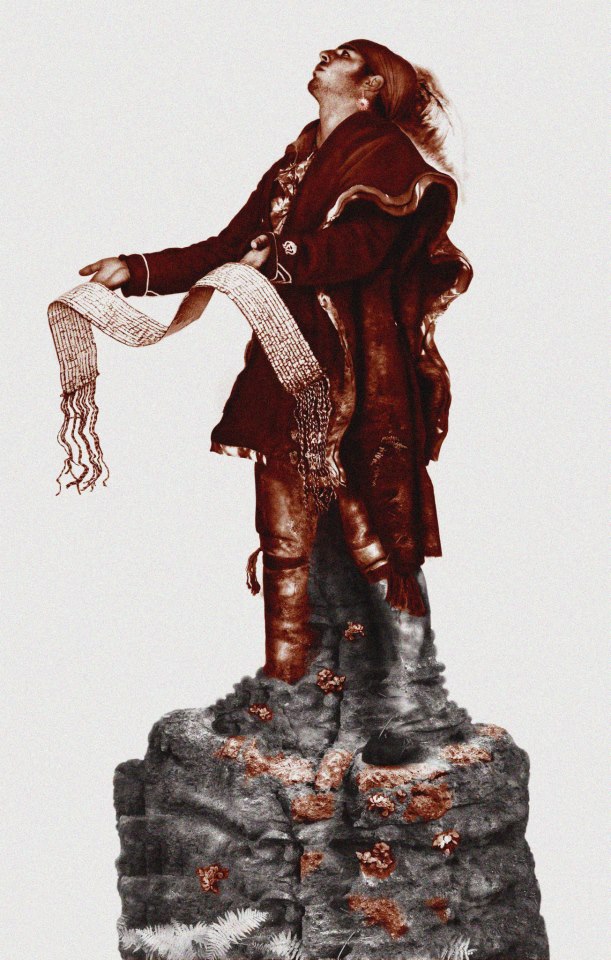 PUBLIC CONSULTATION – What is your opinion?

The City of Hamilton is currently conducting a public art competition to select a work of public art for Battlefield Park in Stoney Creek as part of the commemoration of the bicentennial of the War of 1812.

What you have seen above is Gino’s design for this project. In the project statement, Gino said:

“The Niagara Peninsula escarpment rock, born from volcanoes, carved by decades of ice fields flowing on it’s surface, has shaped into some of the greatest organic forms ever created by nature. This rock is hundreds of millions of years old. Once below the sea, is now sprouting with life of dense fauna, moss and many living things. It’s no surprise that the Spirit of Norton has chosen it now, to grow from it, back into human form. It’s after all here, that the Natives and White men met, hunted, gathered crops, and multiplied. Born out of this rock, the spirit stands in communication with the Creator.

John Norton’s Spirit invites us, to take from him, the Great White Wampum Belt. This belt signifies purity and everlasting peace. A pledge of brotherhood and love between all Nations.

This 12 foot tall sculpture, of the “THE SPIRIT OF JOHN NORTON” will be made of bronze and granite. A commemoration that focuses on healing and reconciliation in a way that is meaningful, both to the First Nations people and the citizens of Hamilton.

The role of the British and Americans in the War is well known, but many people don’t realize the major role First Nations played. The City of Hamilton at Battlefield Park, could help bridge many issues, and bring the First Nations’ contributions and sacrifices out into the light. I wish to build a monument that is respectful. A work to inspire positive changes in our hearts.

John Norton’s role in the war of 1812 is well documented He displays an unwavering sense of loyalty to Natives and British. He engages with warriors, at every major battle and skirmish along the Niagara Peninsula. He was born in Scotland to a Cherokee father and Scottish mother. He eventually was stationed at Fort Niagara. It’s here that he befriended many Six Nations people and began to study the Mohawk language. He started teaching school to Mohawk children. Norton was inspired and adopted by the Mohawk chief, Joseph Brant. John was given the name “Teyoninhokarawen” meaning “open door.” He possessed a strong, dual nature for war and peace. Norton believed the best hope for First Nations was in solidarity. During this time he translated many bible portions into Mohawk language. Norton and many warriors played a key role in the defeat of the American invasion. John was recognized for this time period, as a prominent leader of First Nations allies, in Upper Canada.” 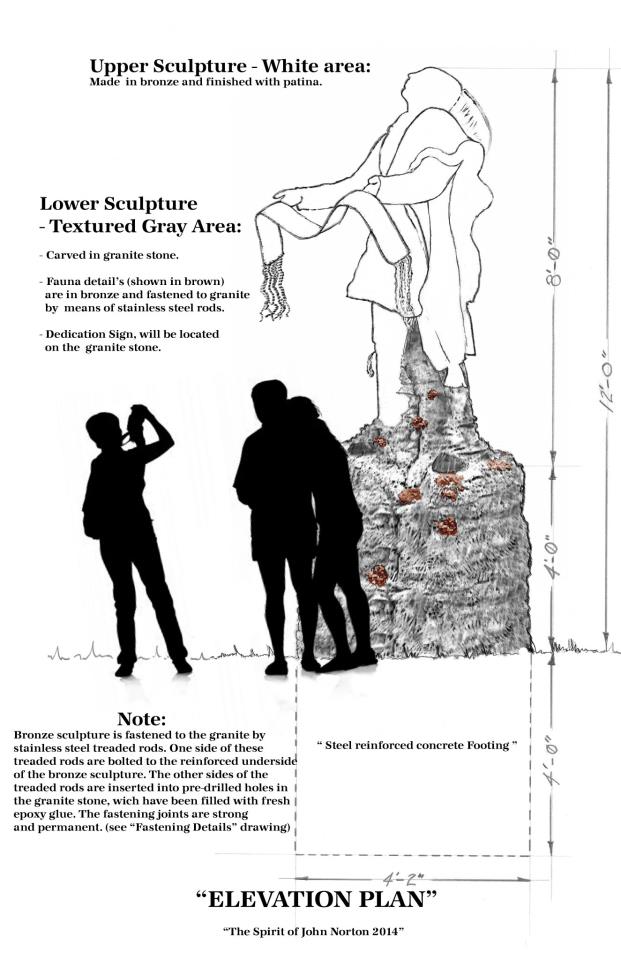